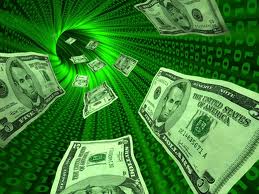 Liberians abroad  forced out of their country against their will as the of a brutal civil war, some of whom were robbed of enjoying growing up in a natural serenity and  peaceful innocence every child once experienced growing up in Liberia, had not given up on their country or abandoned it though immigrants in foreign lands.

An astounding World Bank’s report of 2012 on global remittances reveals, Liberians in the Diaspora out-beat per GDP other Africans living abroad by remitting $378 million in 2012, an increase of $18 million from 2011  remittance of $360 million, a more than 31% of global remittances and third of Liberia’s GDP in 2012.

World Bank reports that despite the huge remittances,  the economic impact of these remittances is not translated into the improvement of the living condition of Liberians, 85 percent of whom are unemployed and their only source of livelihood depend on these remittances from their relatives and friends abroad.

The Liberian government is under moral and economic obligation as a responsible custodian of the Liberian nation-state to forge a working partnership with its Diaspora community even if it is diagonal to the principles  they ascribed to, which in fact are well-intentioned to harness the wealth being remitted into tangible outcome that would be reflected through prism of  living better condition of the Liberian people.

The Unite States is the single largest source of Liberia’s remittances  as 48% of Liberian migrants reside in the United States while the rest are disbursed around the world including Europe, Asia, Middle East and other African countries.

Liberians abroad are not allow to vote in their country’s election contrary to the constitution though they continue to perform their civic duties by contributing to the economic well-being of their country, one of the core responsibilities of citizenship and proving also that they maintain their domicile as Liberians by blood lineage or other with their continue full involvement with their country while abroad.

The Unite States is the single largest source of Liberia’s remittances  as 48% of Liberian migrants reside in the United States while the rest are disbursed around the world including Europe, Asia, Middle East and other African countries.