The Liberia-America Friendship Organization, a not-for-profit institution has written U S Secretary of State John Kerry and Attorney General Eric Holder on 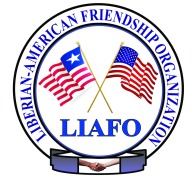 the unlawful detention of a Liberian woman by the Kenosha County Sheriff Department on grounds of suspicion that she might be infected with the Ebola virus though.

In two separate communications to Secretary of State John Kerry and Attorney General Eric Holder, the organization letters reaffirms its purpose of fostering U S-Liberia relations calling on the State Department and Attorney General office to intervene and  bring to bed the full authorities of their office to secure the release of the detained Liberian woman.

The organization’s letters expressed “shock and say they are astonish to know and experience in these United States that to be a Liberian has become a “crime” because of the Ebola outbreak in their country. The communications further assert that “it would be compelling and understandable that  Liberians coming into the United States are supervised and monitored by health authorities since Ebola is a health matter and not  law enforcement practitioners getting involve with medical issues and criminalizing the current Ebola outbreak.

“The action of the Kenosha County Sheriff Department to detain the Liberian lady though she was tested and shows no signs of fever or symptoms of the  Ebola virus is a seal of approval of the stigmatization of Liberians and cast a blanket of security threat and bigotry over the Liberian Diaspora community in the United States”, the letters asserted. Continuing, the communications to both Justice and State Departments, emphasize the unlawful detention dehumanized the Liberian woman and is being treated s as a violator of a crime.

The organization concludes by calling on the Justice Department to launch an investigation into the unlawful detention of the Liberian lady and possible violation of her civil rights…….”it is wrong”, the communications  emphasized.

According to Kenosha Sheriff acknowledged that the county Sheriff is detaining the Liberian woman in an immigration holding facility in Kenosha County, Wisconsin even though she was tested negative for Ebola and has no signs of fever or sickness and is healthy.

The  letters were  written today signed under signature of the organization’s President, J K K Peah and copied to the Liberia Embassy in Washington DC, U S Senate Foreign Relations Committee, U S Senate Judiciary Committee, and the Congressional Black Caucus.